Baby Step #3 "You can get anywhere if you simply go one step at a time." 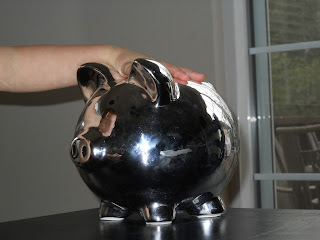 It's the first Monday of 2011 and it's time to get back to routines again. I will admit I was a little grumpy this morning because my sleep was interrupted every hour due to a teething little girl. Although I remind myself this is only a short phase and God has appointed me to sooth my little one as she encounters great pain while a tooth pops in. After the mood change I forced upon myself I cheerfully made my husbands lunch and decided to redo our budget while moving on to BABY step #3. I had almost forgotten that there are 7 baby steps in the Dave Ramsey budget. It took so long to get through the second step that I kind of was a free spirit for the past month.

1. The first step is to put 1000 dollars away for an emergency fund. We have done this a couple times, filling our envelop then emptying it again. Its nice to have a cushion though.

2. The next baby step is the debt snowball. This step is very challenging and takes lots of dedication. Dave Ramsey says to pay off all of your debt starting with the smallest amount. In order for Jason and I to do this we first decided to sell our toy hauler. Not only was the toy hauler costing us the loan payment but we also had the insurance and registration to pay on it. Dirt biking is one of Jason's favorite hobbies and to sell the trailer was a little sad for him but he did it knowing this was a sacrifice that would help his family in the long run. With the money that we usually used for the trailer payment we started putting it toward our credit card after cutting it up;) The amount we owed on the credit card was less than what we owed on the trailer which isn't how Dave says to do it but this is what worked for us. This debt seemed like it was going to haunt us forever and along the way we had some rough times but did what we needed to in order to get us by.
Back in October of 2008 we had purchased our first home I believe Ryden was 7 months old. At this time I needed to go back to work so we could afford all of our living expenses and DEBT.  It wasn't until my second pregnancy when things really got tight for us. Due to high blood pressure my doctor ordered me to stop working which wasn't in our plan.  The extra money in tips I brought home was used for food and was paying the insurance for my pregnancy. This is when things really heated up and we started selling our stuff and counting our pennies. By this I mean when we clearly didn't have enough to pay all of our bills one month we had a yard sell. Next we would keep all of our change and turn it in; change really adds up. Every week when we received Jason's paycheck the first envelopes to be filled were our Mortgage envelope, our bills envelope, and grocery envelope. The grocery envelope was a little less full but my husbands hard work still put food on our table. No more spending money on useless things, no dayos; we made our own coffees, no eating out, no movies with our friends, no shopping for clothes. This clothes thing was kind of hard since I was pregnant and growing. To solve that problem I would consign my clothes and earn money.  I bought one pair of jeans during my whole pregnancy at the consignment shop with the money I had earned. The same was done to buy Ryden clothes during this time. It wasn't easy but we made it work and tried to be positive while leaning on GOD. After a couple tight months we finally paid off the prenatal insurance just before Violet arrived in June and the following month we paid off our credit card. It was perfect timing cause debts were being paid off and I was able to continue to stay home with the kids. Even though I stayed home with the kids we still stayed on the road of the debt snowball and decided to sell my car. I think the selling of the car was meant to be because I never posted it for sale and was able to get exactly what I asked for it. Okay Dave Ramsey its my turn to say your famous words "I'M DEBT FREE!!!!!!!!!!!!!!!!!!!!!!!!!!!!!!!!!!!"
To some people baby step#2 seems un doable and so depressing but it doesn't have to be. Jason and I found other ways to still enjoy some of our favorite hobbies. Like I said before my husband loves to ride his dirt bike but this can cost a lot of money if you want to travel to different destinations.  He was lucky enough to get asked to come work with Red bull on the weekends to help with dirt bike events. They paid him to go setup the events, provided him with lodging and food, and then he was able to ride tracks and places he had never imagined. On the down side he blew up the motor at one of the events and his bike was done. Welp in order to get a new bike he would have to sell something to come up with the money, mmmmmm what to do. He ended up selling a different toy that he owned fair and square in order to get hard core CASH to buy a new bike. As for me I Love to decorate and craft. I was still able to do so I just had to be thrifty about it. Decorating my little Violets nursery was fun and cheap. Reusing all furniture I already had and having a friend recover used bedding was how I went about the big stuff . Paint and ribbon added character to the rest of the room with my own spin on things. Below are a couple of my other thrifty projects as well 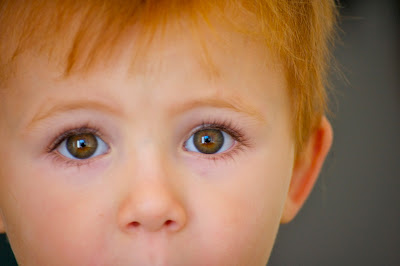 The favorite parts of my Thursday.