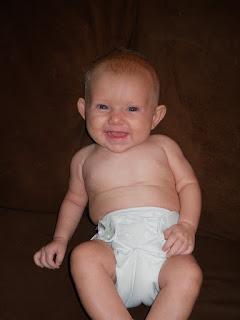 Going back in time when they used cloth diapers and had diaper service. Well minus the pins and diaper service these are new and improved cloth diapers. I didn't do this with my first born but after making multiple trips to Wal-Mart just to spend 40$ on diapers I started to re think things. After having our second child I have decided to stay home with the kids as long as possible but in order to do this we have to do some serious budgeting. Every dime has a name and thanks to the Dave Ramsey Financial Peace classes we are able to make this work.

Bum Genius is the brand of diapers we have decided to go with and invest in, well kind of invest in. They were a very generous gift from Grammie and well appreciated. Not only did we purchase the organic bum genius diapers but we also ordered the sprayer for the bathroom. This sprayer comes in handy because it is right next to the toilet and you simply spray the dirty diaper into the toilet. This way you aren't having to deal with gross soiled diapers in your washing machine. This has been our first week using them and it seems to be going nice.

While researching whether I was going to make the switch to cloth diapers these are some of the interesting facts I discovered which gave me the incentive to switch over. First off cloth diapers in the long run are cheaper and environmental friendly. The average family spends about 2500$ on disposable diapers per child. To invest in the organic Bum Genius package it was any where from 350$ to 400$ with the sprayer; the package included 12 diapers. The non organic ones are a little cheaper. Disposable diapers take anywhere from 10 to 1000 years to degrade. Crazy to think about huh. Not only did the money and environment change my mind about disposable diapers but so did the fact that they contain toxic stuff. Some of the toxins are sodium polyacyslate which are in the gel beads that absorb the urine. This is the same material banned from woman's tampons in 1985 due to the cause of toxic shock syndrome. Another chemical found in disposable diapers is dioxin which is a highly dangerous chemical linked to cancer. Along with toxins there is also the interference with growth of the testicles in young boys. This happens because disposable diapers heat up the testicles and cause growth problems. Lastly disposable diapers are proven to increase diaper rash.

You may be reading this thinking wow this is really one sided but these are the things that helped me make my choice.Yes it may be a little harder to rinse the diaper and place in a pail to be washed but not much different then walking to the garbage to throw it away. I have many friends who think I am crazy and the thought of cloth diapers is gross but when it comes down to it its really a simple thing, a lot healthier for child and environment, and costly for the life I'm trying to live right now. 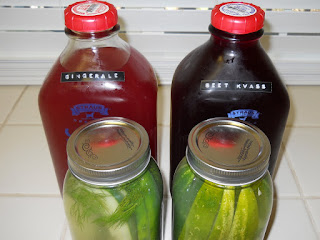